The opening features live music with Eric Mandat on clarinet, Emily Rach Beisel on saxophone, Jason Roebke on bass, and Chris Butler on percussion, with electronic sound by Christopher Walczak.

Walczak and Hertz composed the music and computer-generated animation through a collaborative process. The live music was also recorded at Experimental Sound Studio in Chicago and will be released in a future video version of the animation. The animation and electronic music will be installed at 150 Media Stream through the end of November. 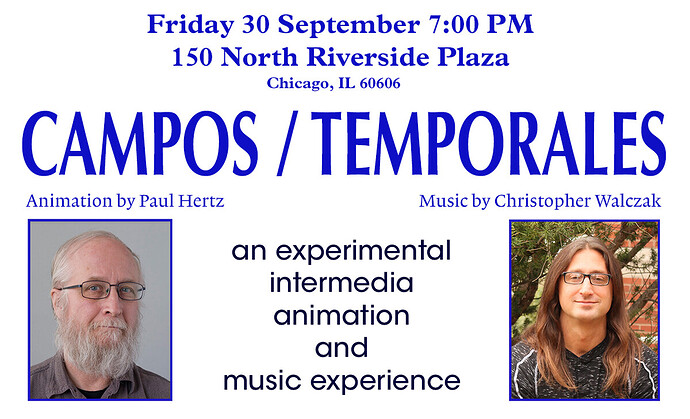 Hope you can make it to the opening!